One of the most powerful opioids in most prescription painkillers such as Percocet and Oxycontin is Oxycodone. It causes users to develop a tolerance to the drug, meaning they have to take higher doses of Oxycodone to get the same aftereffects. When a user has become dependent or addicted to Oxycodone, it is challenging to quit the drug. This is because there will be resulting withdrawal symptoms from the process. These withdrawal symptoms are usually uncomfortable and painful for most patients depending on the level of dependency on the drug. Other patients will relapse during the detoxification process because they cannot handle the withdrawal symptoms, while others will keep using Oxycodone to avoid withdrawal. Oxycodone users need to go through medical detoxification in an outpatient or inpatient treatment program to help them safely and adequately achieve sobriety.

Timeline for Oxycodone Detoxification and Withdrawal 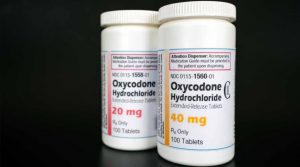 The withdrawal symptoms will start within a period determined by the Oxycodone formulation taken and the manner the user took it. An immediate-release Oxycodone form usually has a 3 to 4-hour half-life. Extended-release forms of Oxycodone roughly have a 12-hour half-life. Smoking, injecting, or snorting Oxycodone can also get the drug into one’s bloodstream much faster, giving the user the effects almost immediately. This means the Oxycodone will probably be active for a shorter duration compared to when the user swallows the tablet or pill, and it has to undergo digestion first.

The user will typically experience the worst withdrawal symptoms several days after their last dose. There will be vomiting, nausea, muscle aches, cramps, and shaking during this period.

After detoxifying the Oxycodone from one’s system, the former user will start feeling guilty for what they did while under the influence. It is essential to carefully monitor the patient’s psychological state at this stage to prevent relapse or other extreme decisions.

Sometimes, the detoxification treatment program will start before the user presents any withdrawal symptoms and still has the drug in their body. This ensures the safe removal of the drug from the user’s system.

Depending on how severe the Oxycodone user’s addiction is, the withdrawal symptoms may also become worse. 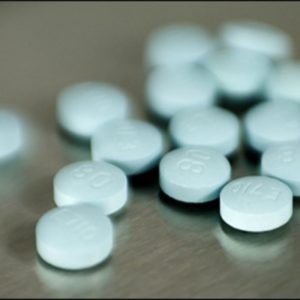 Users can avoid withdrawal if they taper off their Oxycodone prescription dosages. Oxycodone addiction affects users differently, so the withdrawal symptoms will also differ between each individual. Additionally, if the person suffering from an Oxycodone abuse problem has a co-existing health condition like depression or diabetes, they will experience very distinct withdrawal symptoms. Anyone with other health conditions or detoxing from other substances should be under close medical supervision. Any user who has taken extended-release Oxycodone medications like Oxycontin over several weeks or more is at risk of experiencing withdrawal symptoms. They will vary depending on the person and occur once the user starts tapering or quits the drug completely. This also includes any users who have been taking the drug to treat surgical or injury pain as prescribed. It is a difficult process to overcome an Oxycodone addiction. A recovering addict can go back to abusing Oxycodone if they have recurring memories of what made them start using it in the first place. There is also a high risk of former heavy users overdosing during relapse due to the decreased tolerance after their first detox. This means that users who could take high Oxycodone doses before may attempt to take a similar amount. However, since their bodies have gotten used to being without the drug and have no tolerance for it, an excessive amount can cause an overdose.

The best way to detox from Oxycodone is through gradual reduction or tapering, considering how difficult and unpleasant the withdrawal symptoms are. This is referred to as Medication-assisted Treatment, and it is conducted in Opioid Treatment Programs. This longer-term treatment option is also ideal for former users with a history of chronic relapse. Clinicians or doctors usually prescribe specific medications during detoxification to help the user alleviate certain withdrawal symptoms. The drugs work by tricking the brain into thinking it is still receiving Oxycodone to help reduce or prevent some severe withdrawal symptoms. It is best to look for a reputable addiction treatment program to make the detox process safer and more manageable while alleviating the withdrawal process.