Drinking alcohol is a widely accepted social activity, and people do it so frequently that they do not even realize when their consumption becomes an issue. Sometimes the signs that someone is an alcoholic may not be as obvious as we think. In reality, more people have an alcohol addiction but are in denial or in the dark about it.

Here are the signs of someone who can be considered an alcoholic:

You Are Unable To Stop Drinking

This is one of the biggest signs of someone suffering from alcoholism; they want to stop taking alcohol, but they simply cannot. Anyone who has concerns about their or someone else’s drinking should try to go for a certain duration without taking alcohol. If they cannot do this, it is an indication that they are physically dependent on alcohol.

The Physical Dependence On Alcohol 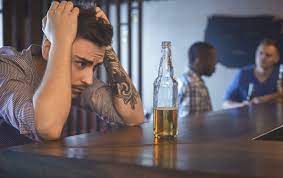 Another sign of alcoholism is when individuals feel like they always need to drink to ease their withdrawal symptoms or feel normal. This is known as physical dependence, and it is a major sign that someone is an alcoholic.

If you feel sick whenever you have not taken alcohol, this is a sign of dependence. Other dependency symptoms include strong alcohol cravings, irritability, nausea, and tremors.

For people at an advanced stage of alcoholism, withdrawal can be lethal, resulting in a health condition known as delirium tremens. At this point, it is vital to seek assistance from a skilled professional during medical detoxification. During detox, the body will try to function without alcohol, but this change may affect brain activity resulting in fatal seizures. 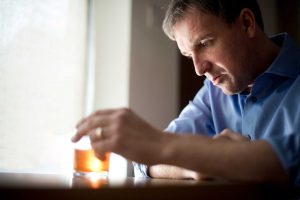 Alcohol use disorder affects your motivation, reasoning, emotions, and physical health. This can affect all areas of your life, leading you to put alcohol first and let everything else take a back seat. Alcoholics typically have difficulty handling important obligations that they used to before.

Common signs that alcohol is affecting your life include poor performance in school or consistent lateness to work because of drinking.

When You Do Everything Possible Just To Have A Drink

If all or most of your plans revolve around alcohol consumption, this is another indication of alcohol addiction. This also involves avoiding any social interaction or events with other people unless alcohol is included.

Individuals may find themselves avoiding specific activities if they occur when they are drinking. Allowing alcohol to occupy so much of your life indicates alcoholism.

When You Drink Alone Frequently

Usually, people will engage in alcohol consumption socially, but you may start drinking alone more frequently when you develop an alcohol use disorder.

Solo drinking is an indication of alcoholism and depression. This activity can increase your risk for injuries, elevate any feelings of depression, and isolate the individual from other people.

You Have Been Binge-Drinking For A Long Time

Many young people today engage in binge drinking. While it is not similar to alcoholism, it can lead to a drinking problem the more you engage in it.

Binge drinking can become heavy drinking when an individual takes more than five alcoholic drinks daily within 30 days. The more you binge drink, the higher your chances of developing alcohol use disorder.

Some individuals are still capable of maintaining a great personal and professional life even though they drink heavily. This does not mean they are out of the woods; it just means they are high-functioning alcoholics.

These people can still suffer from the effects of an alcohol use disorder, most importantly, the health risks. Just because one’s career and social life are thriving, it does not exempt them from the other health effects of alcoholism, which is still a progressive and chronic disease.

You Have Been Caught Driving Drunk Multiple Times 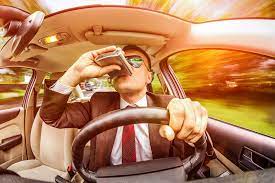 Drunk driving is a selfish and reckless act that can put you and others in harm’s way. If you have been arrested multiple times for driving under the influence of alcohol, you might be suffering from alcoholism. Drunk driving has physical and financial repercussions, and being charged for the same can severely affect your future employability.

Drunk driving can also affect your current relationships, ability to operate heavy machinery, and your work. It can cost you a lot of money in the long run from accumulated costs and is overall a huge mistake with permanent consequences.

Generally, an alcoholic is defined as an individual incapable of stopping alcohol consumption willingly and drinks beyond the ability to control their drinking.

Typically, this behavior is combined with taking increased amounts of alcohol than normal, drinking daily, and being constantly drunk. Alcoholism is a strong mental obsession and physical urge to take alcohol even when there is no need.

There is no specific established cause of this disease. Alcoholism has been observed as a condition when an individual takes so much alcohol so frequently that it alters their brain chemistry.

When people take alcohol, it increases their dopamine levels like other drugs do. Thus, the brain classifies such activity with the feeling one gets after receiving a reward.

With time, the individual keeps craving this feeling, which affects their alcohol consumption. Other factors such as stress, psychological factors, environmental factors, and genetics can also influence an individual’s susceptibility to alcoholism.

In conclusion, if you spot the above signs and want to make a change for the better in your life, you can always get help through rehabilitation and detox. Everyone can get help no matter how hard it is to stop drinking.