Tramadol is mostly prescribed for patients suffering from chronic and acute pain but quitting the drug suddenly can produce withdrawal symptoms in the users. This is because the medication makes the user high in the same way other opioids do, resulting in addiction, tolerance, and dependence if the drug is abused or misused.

Tramadol dependence can happen even when the individual takes the drug as prescribed, but it happens faster if the user is abusing the medication. When one is dependent on this drug, their body and brain become used to the effects of Tramadol and are unable to function unless they take it. 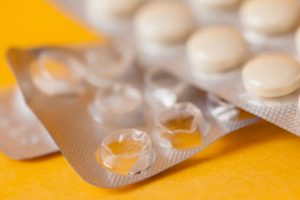 Tolerance happens in people who abuse or use opioid drugs for an extended duration. The same dosage may not produce similar effects as before because the user might have developed a physical tolerance to that specific Tramadol dose. Thus, they will need to take increased amounts of the drug to get the same effects. This causes the user to increasingly take more of the drug which makes them dependent and eventually addicted to Tramadol. When this drug is taken in higher doses than initially prescribed, it makes the person experience a feeling of pleasure creating a high, just like other opioids such as oxycodone and hydrocodone. Aside from that, Tramadol also prevents the reabsorption of neurotransmitters such as norepinephrine, serotonin, and dopamine. Norepinephrine is in charge of the body’s stress response, energy, and attention. Serotonin is a neurotransmitter that handles movement, sleep, and emotion, while dopamine relates to movement, emotion, pleasure, and motivation. This is why withdrawal can come in two forms atypical and conventional Tramadol withdrawal. Additionally, Tramadol has the same effects as SSRI antidepressants due to its effect on serotonin in the brain. This means withdrawal from Tramadol is usually the same as withdrawal from antidepressants, which includes irritability, nausea, headache, dizziness, tiredness, and flu-like symptoms.

People suffering from Tramadol addiction or dependence might not know they have a problem until their medication is finished. During this period, they might experience a range of symptoms varying from physical pain to anxiety and some discomfort. All of this is part of the Tramadol detoxification process and if the individual does not have the necessary support and assistance, they will find another way to get satisfy their cravings. During withdrawal, the body is trying to get used to normal functioning without having Tramadol, which can be a challenging process, especially without medical supervision. 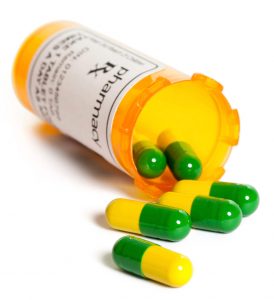 Tramadol is somewhat weaker in comparison to other opioid drugs. So unless one is taking it in large amounts, they will probably only experience common, non-deadly withdrawal symptoms a few days after taking the last dosage. Heavy Tramadol users might also experience these intense withdrawal symptoms for longer.

Within 6 to 12 hours of taking the last dose of Tramadol, the person will experience early minor symptoms which are similar to those associated with the flu. Such symptoms include body aches, watery eyes, a runny nose, and sweating.

The first three days after taking the last Tramadol dose will be most challenging to the affected individual because the withdrawal symptoms will be most intense during this period. The user will experience symptoms such as depression, drug cravings, chills, diarrhea, vomiting, stomach cramps, in addition to the flu-like symptoms. People experiencing diarrhea and vomiting as part of the withdrawal may take more water than usual. Four to seven days afterward, the symptoms should start to diminish during which time the person might still have intestinal problems, fatigue, and cravings. The psychological symptoms including depression and anxiety will also stay on. The next few weeks after this will consist of mood swings and sleep problems. For people who have relapsed before, professional support will be essential to have during this time to prevent the same.

Sometimes the individual will experience atypical Tramadol withdrawal symptoms which tend to be more serious and make the affected individual violent towards others and themselves. These atypical withdrawal symptoms will include hallucinations, panic attacks, severe anxiety, and paranoia just to name a few. Even though none of these symptoms is innately dangerous, they can still make the afflicted individual more self-destructive particularly if they are experiencing strong cravings for Tramadol.

Does Tramadol Make You Feel High? 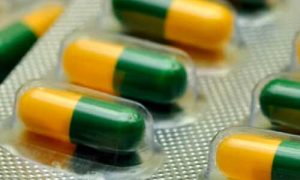 Each individual is different but a majority of individuals will feel drowsy after taking this medication in addition to a mild feeling of relaxation. For the user to experience a euphoria similar to that produced from heroin, they would need to take a threateningly high dosage. This, in turn, increases the risk of a Tramadol overdose.

Combining Tramadol with other drugs is also a common occurrence, specifically alcohol. Since both of these substances depress the central nervous system, they work by reducing the nerves and brain activity. Mixing alcohol and Tramadol can intensify the drug’s effects to harmful levels and increase the likelihood of an overdose. One may experience effects such as loss of consciousness, memory issues, dizziness, and drowsiness. People who combine Tramadol with other addictive substances for a stronger high might have a varying withdrawal and detox experience because they will be withdrawing from several substances in one go.

When someone detoxes from Tramadol, their tolerance for the drug reduces. Thus, they will likely overdose if they resume taking their original dosage. Weaning off this medication gradually gives the user a longer withdrawal period, making the whole process safer and more comfortable. This is why it is essential to work with a physician on how to decrease the dosage effectively for a safer Tramadol detox and withdrawal.